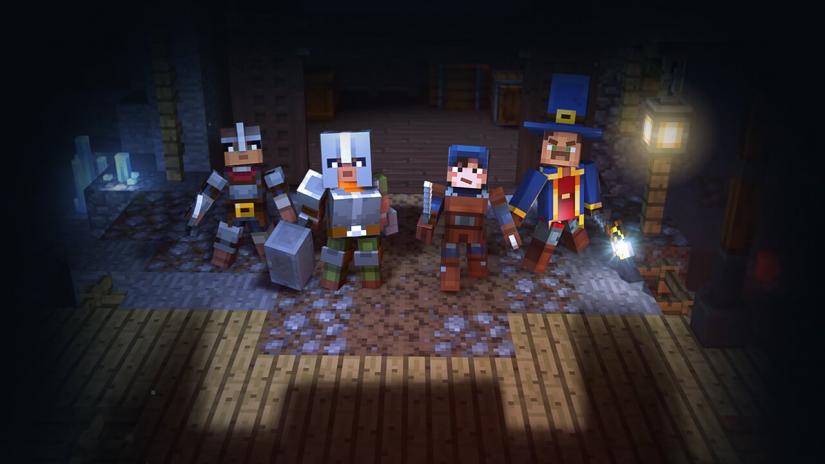 The Microsoft’s Xbox press conference was the event during which the company shared with the audience a new trailer and more details regarding Minecraft Dungeons. This E3 live stream was the first one; many more are to follow shortly. The Minecraft-inspired game of dungeon crawlers will be available on Xbox One and PC later this year.

In the trailer we could see quite a lot of the gameplay from the areal perspective; there were also Minecraft type of menu screens the purpose of which is to equip items. The trailer ended with the announcement about the release scheduled for Spring 2020. A  4-player local and online co-op will be included too.

Before E3, Microsoft talked about its great ambition to cover 14 first-party Xbox One titles and a number of third-party games. Just like we expected, at this E3 press conference there was plenty of game reveals and announcements, such as the Cyberpunk 2077’s launch date as well as a pretty exciting piece of news that Keanu Reeves will be in the game and Ninja Theory’s new game called Bleeding Edge. You are welcome to learn more on our live E3 2019 Microsoft press conference blog.